I wonder what it is with September that I always get the urge to write. Like a buzzer, or a vibrating alert, I often find myself checking my blogs in September and panic at the fact that for the months that went by, I have been silent.

I have not been truly silent, of course. I have rekindled my love for journalling. Not like it really went away. My entries have been frequent. I felt that my thoughts are safer there and free of any judgement.

An opportunity to speak to the community at CPU came to me again, giving me an avenue to declare the encompassing love of God to all. Last month was quite eventful. I anticipate the coming month to be even more eventful with the semestral examinations in Law school, weddings to attend and the ending of another semester here in the Bible College. While the weight of what is to come seems already heavy to think about, I rest in the promise that God will help me overcome. I have to rest, lest I cower.

On a more personal note, the past couple of months have been quite interesting. I went through (and I think I still am in ) a season of undoing. I met a few people that put me in a very uncomfortable situation. The good kind of uncomfortable, that is.

While I would like to reserve the details to myself, this is what I am willing to share: In the many years that I am a Christian, there have been milestones where I mark a certain growth point. Usually, it was via a heartbreaking situation. However, this one was not. I was just caught off guard, like God grabbed me by the hand and said "We need to talk!" One night, I found myself crying before the Lord because he impressed upon my heart that I have not been trusting Him about many things in my life --- especially the matters which are important to me.

I felt I was being un-clothed. I was very vulnerable. I felt naked before God. And I saw how, all these years, I have been grinding on my own... as if I can handle things naturally. I realized I held tightly to my pride, that I do not intentionally ask the Lord for the things I desire because I do not like the feeling of wanting somethign or someone so much. I have life a linear life when it comes to asking God. My thought pattern was this: I want 'this', If God wants it for me, he will give it. If not, I will not bother.

But how in the world do I experience the Joy of Asking and actually receiving? I have not. Because I asked not. Asking, like begging, is a sign that one is in lack of something. I never liked the thought of asking, much less begging.

And that is how I found out my faith was problematic. Because I wanted something/someone and under the 'normal' circumstances I operate in, there is no way, NO WAY, I will ever experience the joy of having that desire satisfied. And upon realizing my complete helplessness, I turned to God.

However, it was not the 'wanting' that churned my spirit. It was the discomfort that I do not truly know God and therefore have not truly trusted Him with even the little details of my life. It was devastating to watch everything 'i have built' in my spiritual life deconstruct, like chaff, they disappeared. I had nothing to hold on to. No spiritual life to be proud of.

And at the point of surrender, I crumbled.

Oh what relief it is to be rid of yourself, be broken down and wait... wait for the Master to pick you up, piece by piece, to be put together in the way He had always had in mind about you. 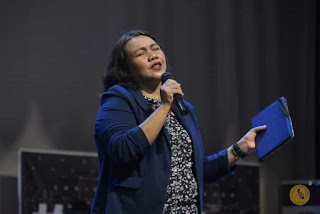 Email ThisBlogThis!Share to TwitterShare to FacebookShare to Pinterest
Scribbled under: CPU, Ministry Updates, Walking With God

Scroll Down (The Fight is Not Between Us)

One of my Facebook friends posted that he voted for the controversial politician who won a seat in the Senate. To that he added the virtue of being united in 'faith', in effect, telling whoever gets to read it, "My religion is powerful." Educated. Professional. Religious.

Many times when I read the rants on Facebook or Twitter of friends who suffer through the heavy traffic on their daily commute, I shake my head. I live in the campus where I work, in a city where everything is 10 minutes away - 40, when it is the holidays. I could only imagine how they feel.

Today, on Twitter, a tax reform 'advocate' reacted when I made a comment that "Tag dise-syete na ang sardinas." He/she asked why I was more worried about the the price of sardines when I should be "tired about the low productivity due to traffic, hindered creative jobs because of lack of infrastructures". He/she suggested I should just cooperate and support the government's #BuildBuildBuild. Have I not been compelled to do so, thus, the 17-peso sardines?

I said a line or two. I scrolled down.

Someone posted online "It's just politics." Saying to the effect that we should not let it ruin our relationships. I agree on letting love rule in our relationships. But I definitely disagree that "It is just Politics." Our politics is a reflection of what we value, what we believe in, and what we want for the future of our children. I started writing it down as a comment to that post. However, it was my mother who posted it, and lest I be misjudged by online spectators as a rebellious, disrespectful child for not agreeing with my mother, I desisted.

We are judged by what we put online. That's the risk we take when we post our thoughts, or a photo,  a meme, or an article. And the person's reaction to it would largely be affected by the way he perceives you. If he likes you, he understands your sarcasm. If he doesn't, he would think your are mocking...and Christians shouldn't mock. Yes, we are fond of pulling-out the "What-Kind-Of-Christian-Does-That" card on people. It is even worse for pastors.

When a girl is raped or murdered, you would read the rage from people. But the angriest ones are the mothers of daughters. Understandably so because she could not imagine what kind of hell she would go through if that happens to her own.

When a fragment of the society suffers a calamity ,or an oppression, people start online revolutions. Rightly so because they need the voice to cry out so the spotlight's be turned on them. For help, for retribution, for the realization that they are a 'fragment that makes the world whole'.

When corruption is blatant in the government we rally our cries on the streets... but more often now, in the world wide web --- the new highway. We let them know we are watching.

No, we don't scroll down. We say our piece. We string our words so they can be deadly enough like a sword. Sometimes wielding them in all directions, hoping for a hit no matter how wide the battle ground. Most times we miss the target. And we end end up wounding a co-worker, a friend, a drinking buddy, a relative...or ourselves.

But we type away with blood on our hands  because we are convinced that we are fighting a worthy cause.

A mother painstakingly goes through the rigors of raising a daughter who will become a teacher, or a son who will someday be an  doctor, and she will not let any pervert steal that away. She makes that known on Facebook.

A conscientious public school teacher, who shows up every morning in a room full of empty minds waiting to be poured upon with hope... but  emptier stomachs with lesser hope of getting filled. He would not allow any selfish politician in the guise of public service to steal away their dreams. He retweets a link on that investigation update.

A promising leader who has climbed from poverty to get an education, uses his education to lift others out of it. He will not allow ignorance to dictate his destiny.. and that of others. He campaigns online.

An advocate for children lives the life of a vagabond. Peddling the cause of the children to whoever will have the courage to make them a priority - a celebrity, a  philanthropist, a diplomat...anyone, and anywhere. She would not allow the children to be victims by the systems their parents have voted for. She massively campaigns on social media.

They are not on the streets. They are in their kitchen, in their desks, in the courtrooms, aboard a plane, doing what they do best --- fighting for someone.And so, when you read what they write online, it is not merely a rant. It is a spillage of frustrations that they could have just walked over, but refused to. Slippery floors are more dangerous.

They write at the risk of being misconstrued because those who can't be heard --- the fisherman who stays all night casting his net, the street-sweeper who  wakes up before dawn, the farmer who bends his back all day --- they too, have children who are swelling up with dreams. We have no right to shut them down and say "stop posting, do something".

If someone's transcribed thoughts are not a threat to the life you choose to live, be kind. His weapon is not aimed at you. Let him fight the battles he picked for himself. Remember, you are not his enemy.

Even if he unintentionally scrapes your ego.

You are not the enemy.

Email ThisBlogThis!Share to TwitterShare to FacebookShare to Pinterest
Scribbled under: On Politics, Social

I did not know I have an ounce of bravery hidden in the corners of my heart until I faced my exams this year with little to no time to study. Turns out, studying while working is only for the brave. But God has been so gracious to me. He sustained me through this year, surprising me many times.

I got to know myself more this year. In the face of pressure, my flaws were magnified. I watched Suits for the first time last night and laughed at the line "Push until it hurts". When buttons were pushed, I ached in many places this year. Notwithstanding, I am now more peaceful, rested and accepting of the process God is bringing me through.

I anticipated a restful summer with visions of lounging by the beach... or my bed. Alas, reality has been different for me. May is here tomorrow and there is nothing  more to describe the month that went by than productively eventful. So far from what I had imagine. Yet, at the conclusion of this month, I thank the Lord that he ushered me through opportunities to be a good steward of the talents and time he entrusted me.

Here's me sharing with you my summer. 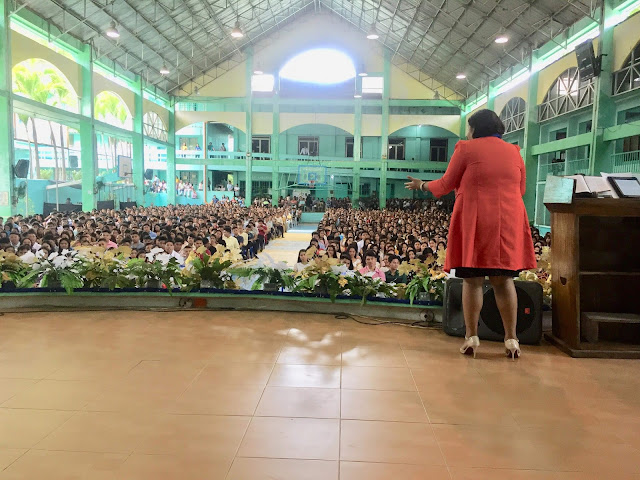